Ansys Fluent gives you more time to innovate and optimize product performance. Trust your simulation results with a software that has been extensively validated across a wide range of applications. With Ansys Fluent, you can create advanced physics models and analyze a variety of fluids phenomena—all in a customizable and intuitive space. 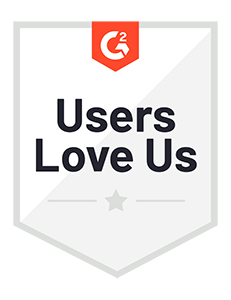 "The workflow presented in Ansys Fluent, for something as complicated as Computational Fluid Dynamics, is pretty easy to follow." "It is undoubtedly one of the best software's to perform simulation." 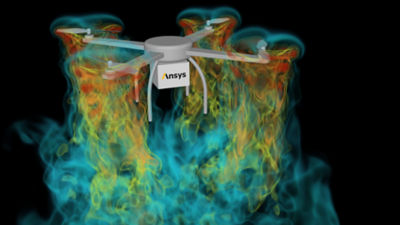 Unleash the power of multiple GPUs for a broad spectrum of applications with the full release of the Fluent multi-GPU solver. This release added support for species transport, non-stiff reacting flows, enhanced numeric for LES simulations, sliding mesh, and compressible flows.

A new embedded PyConsole brings PyFluent directly into the Fluent interface with support for centralized Python journaling, full scheme/TUI to python journal translation and usability features like auto-complete and a quick search of Fluent commands.

Perform advanced electronics cooling analyses that can include condensation, evaporation, and more, with a new direct ECAD workflow for printed circuit board (PCB) that enables the import of an ECAD directly from the Fluent interface without additional software required.

Ansys gas turbine simulation solution enables you to design and optimize the next generation of gas turbines. 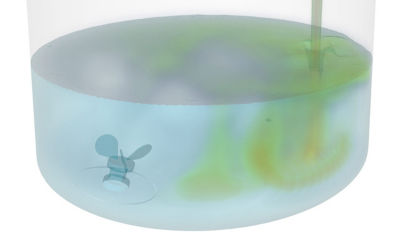 Ansys fluid mixing simulation tools help you to model the mixing process and blending of one or more fluid-like materials. 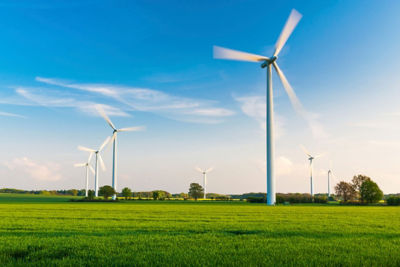 Ansys battery modeling and simulation solutions use multiphysics to help you maximize battery performance and safety while reducing cost and testing time. 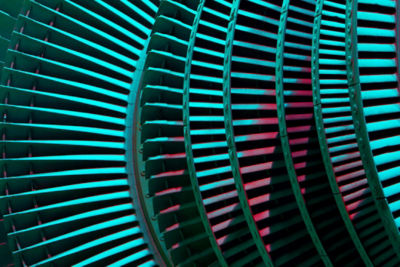 Ansys rotating machinery simulation helps you to improve your designs of fans, pumps, and compressors by increasing efficiency, safety and durability.

Learn how Ansys' multiphysics simulation enables you to efficiently scale up gas-liquid process equipment to maximize yield and improve efficiency. 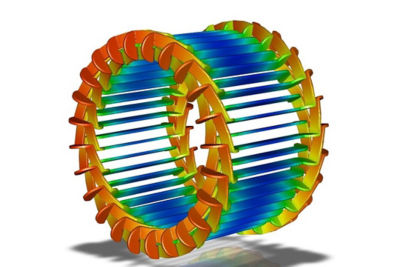 Also known for its efficient HPC scaling, large models can easily be solved in Fluent on multiple processors on either CPU or GPU. Multiple solver options are available, including pressure-based and density-based CPU solvers to cover low-speed to hypersonic flows and a pressure-based native GPU solver.

If you need more help downloading the License Manager or other Ansys products, please reference these videos from the Ansys How To Videos YouTube channel.

Data can be exported after a Fluent calculation by selecting File - Export - Solution Data. Fluent allows users to export data to Mechanical APDL input, ASCII, ACS, CDAT, CGNS, CFF, EnSight Case Gold, and many other formats. To export data during a transient calculation, you will have to set up the case file so that the solution and particle history data are exported as the calculation progresses. This can be done by creating an automatic export definition using the Calculations Activities Task Page. Click the Create button under Automatic Export and select Solution Data Export, then select the file type, cell zones, surfaces, and quantities you would like to export.

Current customers can download Ansys Fluent from the Download Center in the Ansys Customer Portal. For those who are not current customers but are interested in trying Fluent, Ansys offers a free 30-day trial of Fluent upon request that comes with a CAD model and step-by-step pdf and mp4 tutorial. If you are a student, you can download our free student software and use it along with our free courses, support community, and a wealth of student-focused tutorials.

Ansys offers a variety of options for users of all skill levels to learn how to use Ansys Fluent. If you are interested in enhancing your simulation and general physics knowledge of fluids, Ansys offers Ansys Innovation Courses, which are free courses that will teach you the underlying physics in a problem and how Fluent is used to help solve this problem  https://courses.ansys.com/index.php/fluids/

For introductory product-specific step-by-step tutorials, new feature videos, and general tips & tricks, we have the Ansys How to Videos on YouTube

Finally, the Ansys Learning Hub provides you with all the training resources needed to learn Ansys Fluent from the ground up. The Learning Hub has self-paced video courses, CAD models, best practice guides, demo videos, and learning rooms for questions and discussions to learn from the Ansys experts.

Ansys Fluent has two guided workflows to mesh a CAD model, the watertight geometry workflow and the fault-tolerant meshing workflow. Both workflows accelerate meshing by organizing the process into a user-friendly, task-based workflow that offers relevant choices and options but also has the flexibility to be customized. The watertight geometry workflow is for watertight CAD geometries that do not require much clean-up and modifications. The fault-tolerant meshing workflow is for more complicated non-water-tight CAD geometries that may require some clean-up and modifications (defects such as overlaps, intersections, holes, duplicates, etc.).

Mesh quality can be improved in a variety of places in Ansys Fluent. If you are still in the process of generating your mesh in Fluent Meshing mode, you can insert a task after both the 'Generate the Surface Mesh' task and 'Generate the Volume Mesh' task by right-clicking on either one and inserting a new 'Improve Mesh' task. To improve the surface mesh, you will have to enter a face quality limit to target, and when improving the volume mesh, you will have to enter a cell quality limit value to target. If you are in Fluent Solution mode, you can improve the mesh quality by selecting the improve the mesh option on the Quality button under the Domain tab. When selected, you will then enter the percentage of the total cells to be improved, and the number of iterations of smoothing sweeps performed.

Poor mesh quality can also be caused by insufficient mesh resolution of geometry details or by poor underlying CAD. Local mesh refinement controls can resolve geometry details appropriately, and poor CAD models can be improved in SpaceClaim/Discovery, or you can use Fluent's Fault Tolerant meshing workflow, which is robust to CAD faults.

Ansys Fluent unlocks new potentials for CFD analysis.  A fluid simulation software with fast pre-processing and faster solve times to help you be the fastest to break into the market. Fluent’s industry leading features enable limitless innovation, while never making a compromise on accuracy.

Explore the best fluid simulation tools on the market in an efficient, customizable workspace

Accelerate your pre- and post-processing with streamlined workflows for meshing and application setups.

Fluent has customizable, task-based workflows for pre-processing to help accelerate the process of generating a high-quality CFD-ready mesh. These workflows are for both clean and dirty CAD. Application workflows are streamlined to help reduce the amount of clicks and panels a user has to deal with. These workflows include multiphase modeling, batteries, shape optimization, aerodynamics and more.

Advance your battery design and safety with rapid, accurate simulation. Electrochemistry can be used for age and life prediction. Battery thermal management and runaway can be simulated to ensure top performance and safety. A reduced order model (ROM) can be created by extracting key thermal characteristics to analyze temperature in seconds.

Electric motor cooling is critical as you move to higher power, high-efficiency equipment. Fluent can be used to find the appropriate cooling mechanism for an electric motor. Optimize this method, whether it's natural, water or spray cooled, to ensure motor efficiency is not impacted and magnets are not damaged.

Accurately simulate multiphase flows including gas-liquid, liquid-liquid, gas-solid, particle flows and even DEM. Different modeling approaches are needed as you move from single to multiphase flow applications, and Ansys understands this. To help accurately predict these challenging flows, we offer a wide range of models for gas, liquid, solid, particle flows and even DEM to get you the most accurate results.

Assuring you have accurate combustion is critical for the precise mix of turbulence, chemistry and the interaction between them. Fluent offers accurate and validated reacting flow models for your combustion applications.

Accurately predict interactions between fluids and solids from pressure and/or thermal loads. Solve your fluid-structure interaction challenge to make sure your product is safe, reliable and optimized. Fluent can solve FSI problems standalone and couples with Ansys Mechanical for the most complex simulations.

Ansys developed a new turbulence model family called Generalize k-w (GEKO) model with the goal of turbulence model consolidation. GEKO is a two-equation model, based on the k-w model formulation, but with the flexibility to tune the model over a wide range of flow scenarios.

This report is intended as an addition to the code-specific Theory and User Documentation available for both Ansys Fluent and Ansys CFX. That documentation describes in detail how to select and activate these models, so that information is not repeated here.

The goal of this paper is to guide a user through the process of optimal RANS model selection within the Ansys CFD codes, especially Ansys Fluent and Ansys CFX. 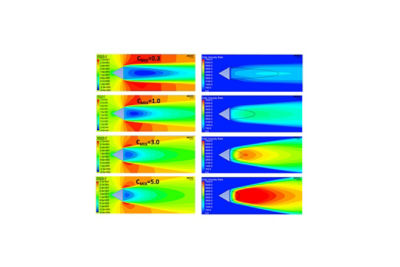 This video provides a walk-through of the Watertight Geometry Guided Meshing Workflow for Fluent. The workflow provides a way to import a watertight or "clean" CAD geometry, add optional local sizing, create a surface mesh, create fluid/solid regions, and generate a complete volume mesh in a step-by-step interface.

Ansys Fluent: Introduction to the GEKO Turbulence Model Part I

The GEKO (GEneralized K-Omega) turbulence model offers a flexible, robust, general purpose approach to RANS turbulence modelling. Part 1 of this video provides background information on the model and a description of the tunable model constants.

Ansys Fluent: Introduction to the GEKO Turbulence Model Part I

This video is created with FSAE Electric & Solar teams in mind. In this video, you will learn how to handle battery pack simulation using a MSMD model and conjugate heat transfer approach in Ansys Fluent. For any questions and support, visit the Ansys Learning Forum.

Watch this brief demonstration of Ansys Cloud, the Ansys-managed cloud service developed in collaboration with Microsoft Azure. It provides on-demand access to high-performance computing (HPC) directly from within Ansys Mechanical and Ansys Fluent.

How HVAC Simulation Can Improve Safety in Public Spaces

How Simulation Is Helping Make History: The First Flight Attempt on Mars